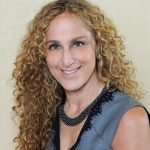 In a matter of 14 hours, from January 28 to 29, I marvelled at the 26.3 cm blanket of snow that covered the GTA.  Not only was there a generous quantity of snow this week, mother nature also unleashed “a polar vortex” with record frosty temperatures spanning across North America. As we count down the end of winter, Aristotle reminds us that, “to appreciate the beauty of a snowflake it is necessary to stand out in the cold”. So, grab your favourite warm drink and curl up by the fire, as you catch up on OMA news.

The College of Physicians and Surgeons of Ontario (CPSO) has proposed new policies on: Availability and coverage; Managing Tests; Transitions in Care and Walk-In Clinics that will impact all physicians in Ontario. Physicians are feeling the squeeze as the government continues to claw back physician salaries and uphold targeted cuts to the fee schedule, and the CPSO’s increasingly burdensome standards for those services.

The OMA is taking a hard look at the CPSO’s two major roles in physician’s lives: self-regulation and development of professional policy. The OMA in its effort to be proactive in health policy launched a CPSO Task Force to review College policies. The OMA has prepared a final, formal submission for the College here: https://www.oma.org/wp-content/uploads/OMA-Submission-CPSO-Proposed-Continuity-of-Care-Policies.pdf

Thank you to all members who sent letters to the CPSO or OMA regarding the CPSO’s proposed new policies.  Dialogue with the CPSO continues. We expect to hear about the CPSO policy’s final form in Spring 2019.

Incredibly, doctors have been without a contract since March 2014. Nevertheless,  there has been progress, as Phase 1 Arbitration hearings finished on January 20th. Here are our key arbitration priorities:

For a complete summary of the respective OMA and Ministry arbitration positions please refer to the OMA website link https://www.oma.org/wp-content/uploads/NCPresentationApril2018.pdf

The path through arbitration has been laden with delays. Arbitration has been on, off and back on again as talks briefly shut down between Ontario doctors and the government. A quick recap of the mediation /arbitration timeline to remind us how we got here and all submitted briefs can be found on the OMA website. https://www.oma.org/?s=oma+arbitration+briefs

We now live in a world where the entire 2017-2021 Physician Services Agreement (PSA) is going to be decided by the Kaplan Board of Arbitration. This will mark the first arbitrated contract for physicians in Ontario. Dr. Alam, our OMA President, is hopeful that the arbitration board will announce a decision by March 2019.

How to achieve “equal pay for equal work” remains elusive. There is no perfect relativity tool. In 2008-2009, OMA’s relativity tool CANDI (Comparison of Average Net Daily Income) was approved by OMA Council. The best efforts of our peers helped create CANDI, the formula that the OMA currently uses for relativity. Inputs into CANDI include modifiers for training, after-hours work, etc. These inputs are often updated. The OMA is in the process of updating the “after-hours” modifier. Not every specialty is paid the same, but differences should be based on physician effort (time, intensity, complexity) after accounting for the cost of providing the service (overhead).

Ultimately, it is the Kaplan Board of Arbitration which decides what relativity looks like and how it is implemented (not the OMA or Government). Relativity will NOT be decided until Phase II of arbitration. Relativity is not as much an issue for Rheumatology because we are CANDI neutral (0.91, close to 1), or close to the average salary for the profession. Relativity is a big deal for high paying specialties like ophthalmology, cardiology and radiology because they are at the top of the CANDI relativity chart.  The Ministry intends to make the greatest targeted cuts to them.

Many Section leaders expressed concerns regarding after-hours data and its impact on CANDI rankings, so the Board put out an open call for additional supporting evidence. On January 18, 2019 Dr. Julie Kovacs presented Rheumatology after hours data and hours of work to the OMA

In 1985-86, the OMA became the collective bargaining agent for doctors (when Ontario adopted a single-payer system for physician services). Every bargaining agent in the country has mandatory (Randed) dues and in return, the bargaining agent (OMA) has a duty to represent every member fairly and cannot act in a manner that is arbitrary, discriminatory or in bad faith.

Dr. David Jacobs, a radiologist, Coalition of Ontario Doctors co-founder and Ontario Association of Radiologists (OAR) Board Director, on September 28, emailed the OMA membership proposing a separate negotiating body for specialists. He reached out to only 24 specialist sections (not all sections) in the OMA to join him.

Oct 14, Dr. Jacobs formally announced the creation of the Ontario Specialists Association (OSA) to represent those specialists who believe their interests and those of their patients would be better served by an organization focused on specialist issues. On October 28, OSA announced the FOUNDING BOARD of DIRECTORS representing 8 sections.

Independently of the OMA, November 25-27, 2018, the OSA held a Referendum regarding its proposal for separate representation and negotiations. Rheumatologists were not invited to vote. Results of the OSA survey were as follows: The OMA has 49 Sections. Of those Sections, 14 took part in the poll. Of those 14, eight endorsed the OSA position. Total number of votes in support of the OSA poll represented less than 5% of OMA members (predominantly high billing specialties). The OMA did not conduct this poll. This survey is not legally binding because the OMA’s representational rights are enshrined in our provincial laws and our Representational Rights Agreement.

Dr. Alam, OMA President, prompts us to remember that the Ontario government recognizes the OMA as its sole negotiating partner.

Effective November 1, 2018, the OMA has a new CEO, Allan O’Dette. He was the CEO of the Ontario Chamber of Commerce for six years. Before joining the OMA, he served as Ontario’s first Chief Investment Officer, generating billions of dollars in new investment to the province. He is well-versed in health policy having served for the past six years on the board of Markham Stouffville Hospital. He is seeking to improve member satisfaction which is currently at a dismal 18%. Allan holds an MBA from the Rotman School of Business.

The nomination period for the 2019 OMA Elections ended December 17th, 2018. The Rheumatology slate was acclaimed.

At OMA Fall Council, Dr. Gregory Rose, an Infectious Disease consultant from Ottawa, was elected to serve as the Medical Specialties Assembly representative on the Board.

We will continue representing Ontario’s rheumatologists at Medical Assembly teleconferences and Assembly meetings, as well as all regular and special OMA Council Meetings.

You may also keep up on OMA issues by reading the Ontario Medical Review (OMR), the OMA monthly magazine available in print and on the OMA website: www.oma.org

Provided is a link to OHIP Billing Resources and OMA Quick Reference Guides at www.oma.org/sections/billings-and-agreement

Online educational modules on billing, patient care, practice management and retirement planning are available through the OMA Education Network at:

As well, an online Privacy and Security Training Module is now available from OntarioMD:

Other Articles in the Winter 2019 Newsletter