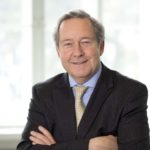 An author of several hundred original publications and lead investigator of many clinical trials, his major scientific interests concern elucidation of the pathogenesis of rheumatic diseases, translational research, outcomes and epidemiologic research, as well as novel therapies and therapeutic strategies in rheumatic diseases. He has been active in the elucidation of pathways to and prevention of joint damage in arthritis. He has developed clinical scores for rheumatoid and psoriatic arthritis as well as systemic lupus erythematosus and has led or participated in task forces for the elaboration of a number of management recommendations for several rheumatic diseases (RA, PsA, SLE) and consensus finding activities for various targeted therapies.

Josef Smolen served as President of the EULAR from 2003 to 2005. He also served as a President of the Austrian Society of Rheumatology and Austrian Society of Immunology and as a Treasurer of the International Union of Immunological Societies.  Dr Smolen is a member of the Austrian Academy of Sciences, the German Academy of Sciences (Leopoldina), an honorary member of several national rheumatological societies, Fellow of the Royal College of Physicians (London) and Honorary Doctor of Lund University, Sweden, Leiden University, Netherlands, and Semmelweis University, Budapest. He is also a co-editor of the textbook “Rheumatology” whose 7th edition has been recently published. He currently serves editor-in-chief of Annals of the Rheumatic Diseases. 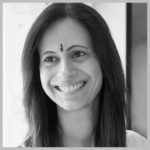 Maya Buch recently took up a new position as Professor of Rheumatology and Director of Experimental Medicine at the University of Manchester having moved from the University of Leeds where she retains a visiting Professor position. She has established a translational and experimental research programme in rheumatoid arthritis and targeted therapies, and cardiovascular pathology in immune-mediated inflammatory diseases. She directs a broad research portfolio spanning clinical trials and complex observational investigation to experimental studies; in order to inform optimal therapeutic strategies and identify clinical response predictors. She has additional clinical and research interests in the rare disease, scleroderma. Maya has been involved in several European (EULAR) task force initiatives; was Abstract Chair for EULAR 2014 and Chair of the Scientific Organising Committee, EULAR 2015. She is Deputy Chair (Chair-elect) of the NIHR UK MSK Translational Research Collaboration; NIHR-BHF cardiovascular collaboration steering committee member (lead of CVD in IMID workstream). She sits on several Versus Arthritis (formerly Arthritis Research UK) grant committees, is section editor of Arthritis Research &amp; Therapy and sits on the editorial board of several journals.

Michelle Petri, M.D. is a Professor of Medicine at the Johns Hopkins University School of Medicine. She attended medical school at Harvard University and fulfilled her internal medicine residency at the Massachusetts General Hospital. In addition, she completed two fellowship programs at the University of California, San Francisco in allergy and immunology and rheumatology. Dr. Petri is the Director of the Hopkins Lupus Cohort, a longitudinal study of morbidity and mortality in systemic lupus erythematosus, and Co-Director of the Hopkins Lupus Pregnancy Center. 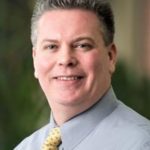 Jeffrey R Curtis is a rheumatologist and epidemiologist focused on the efficacy, comparative effectiveness, and safety of the medications used to treat rheumatoid arthritis (RA). He is a Professor of Medicine in the Division of Clinical Immunology and Rheumatology at the University of Alabama at Birmingham (UAB). He is the Co-PI of the PCORI-funded Patient Powered Research Network “Arthritis-Power” registry, focused on RA, psoriasis, and psoriatic arthritis. He also leads the multi-center NIH-funded large pragmatic randomized controlled trial “VERVE”, studying the safety and effectiveness of the live herpes zoster vaccine in patients receiving biologic agents. He is a member of the Center for Disease Control (CDC) Advisory Committee on Immunization Practices (ACIP) Herpes Zoster workgroup, and in 2015, he was appointed as a member to the FDA Arthritis Advisory Committee. Dr. Curtis also studies risk factors for and outcomes of osteoporosis. He was a member of the ACR’s task force to update recommendations for the management of glucocorticoid induced osteoporosis (GIOP). He served on the ASBMR Task Force on Atypical Subtrochanteric and Diaphyseal Fractures. Dr. Curtis is a member of the American College of Rheumatology (ACR), the International Society for Pharmacoepidemiology (ISPE), the American Medical Informatics Association (AMIA), and the American Society of Bone and Mineral Research (ASBMR). He has been on the editorial board for Arthritis & Rheumatism, Pharmacoepidemiology and Drug Safety (PDS) and Arthritis Care and Research (AC&R). He has authored more than 400 peer-reviewed manuscripts, review articles and book chapters. 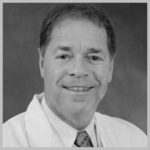 Christopher Ritchlin, MD, MPH is a Professor of Medicine and Chief of Allergy, Immunology & Rheumatology at the University of Rochester Medical Center in Rochester, New York. He joined the faculty of the University of Rochester School of Medicine and Dentistry in 1991. In 2009, he earned an MPH degree at the University. He is a member of the ACR Division Directors Special Committee and also directs the mentoring of junior investigators in the Group for Research and Assessment of Psoriasis and Psoriatic Arthritis (GRAPPA). He has published over 160 manuscripts on topics related to psoriatic arthritis, lymphatic mechanisms of joint flare and bone remodelling. 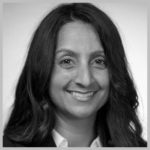 Dr. Shahin Jamal completed a Bachelor’s Degree in Physical Therapy at McGill University.  She obtained her Doctor of Medicine from the University of British Columbia in 1999, completed her Internal Medicine residency training at Queens University in 2002 and Rheumatology training at the University of Toronto in 2004. She went on to obtain her Masters Degree in Clinical Epidemiology at the University of Toronto in 2007. Her thesis work focused on the delays in treatment for patients with rheumatoid arthritis and barriers to care. She completed the Clinical Investigator Program with the Royal College of Physicians and Surgeons of Canada in 2007. Dr. Jamal was awarded a Canadian Arthritis Society Clinical Fellowship from 2002 to 2004. She received a Canadian Arthritis Network Post Doctoral Fellowship Award from 2005 to 2007, Canadian Society Research Fellowship from 2005 to 2008 and the Arthritis Society Clinician Teacher/Educator Award from 2013 to 2018. Currently, Dr. Jamal is an active staff physician in the Department of Medicine, Division of Rheumatology at Vancouver Coastal Health. She is Clinical Associate Professor at the University of British Columbia and Program Director of Adult Rheumatology. She is past-chair of the Guidelines Committee of the Canadian Rheumatology Association (CRA) and CRA Resident Pre-course and is co-director of the CRA Review Course for Clinicians. Her interests include diagnosis and prognosis of early inflammatory arthritis, timely assessment and access to care for patients with rheumatoid arthritis, and rheumatologic immune mediated adverse events associated with immunotherapy in oncology. 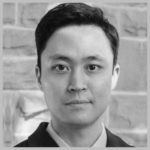 Dr. Jason J Lee graduated from the University of Toronto Medical School (2010) and completed Internal Medicine residency at the University of Western Ontario. He then completed a fellowship in Rheumatology (2015) and Clinical Pharmacology (2016) also at the University of Western Ontario. Since then, Dr. Lee has been completing his PhD in Vascular Biology and Regenerative Medicine at the Robarts Research Institute, while subspecializing in Scleroderma under the mentorship of Dr. Janet Pope. Dr. Lee has been well awarded during his graduate research endeavors, most notably with the Vanier Scholarship ($150,000 over 3 years). His clinical and research focus is in Systemic Sclerosis and specifically the interplay between the vascular pathologies and fibrosis associated with connective tissue diseases. 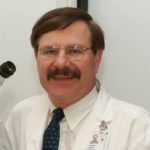 Dr. Robert Inman completed his undergraduate degree at Yale University, and his medical degree at McMaster University. He did his training in Internal Medicine at Vanderbilt University and his fellowship in Rheumatology at the Hospital for Special Surgery. He then completed a Research Fellowship at the Hammersmith Hospital in London. He was subsequently appointed Assistant Professor of Medicine at Cornell University. He moved to the University of Toronto where he was appointed Professor in the Departments of Medicine and Immunology. He was Director of Rheumatology at the University of Toronto and at University Health Network 1991-2002.

His research interests have focused on the interaction of infection with autoimmunity, and on clinical and basic aspects of Spondyloarthritis, the type of arthritis that attacks the spine, arms and legs. He has over 350 publications as manuscripts and chapters.

He has been recipient of numerous awards including the Medical Communicator Award from the ACR, the Jonas Salk Award from the March of Dimes, and the Distinguished Investigator Award from the Canadian Rheumatology Association. The University of Toronto established the Inman Lectureship in his honor. 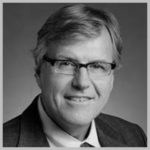 Robert Bell served as Deputy Minister of Health and Long-Term Care from 2014 to 2018. Prior to this role, he served as President and Chief Executive Officer of University Health Network for nine years. He was previously the Chief Operating Officer at Princess Margaret Hospital and Chair of both Cancer Care Ontario’s Clinical Council and the Cancer Quality Council of Ontario. Dr. Bell received his Doctor of Medicine from McGill University, a Master of Science from the University of Toronto and achieved his Fellowship in Orthopaedic Surgery in 1983. He completed a sub-specialty training in Orthopaedic Cancer Surgery at Massachusetts General Hospital and Harvard University in 1985, and the Advanced Management Program at Harvard Business School in 2005. Dr. Bell is a Fellow of the Royal College of Physicians and Surgeons of Canada, the American College of Surgeons and an Honorary Fellow of the Royal College of Surgeons of Edinburgh. As an internationally recognized orthopedic surgeon, health system executive, clinician-scientist, and educator, Dr. Bell has more than 40 years of health care experience. 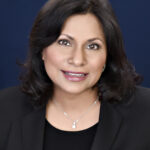 Mamta Gautam, MD, MBA, FRCPC, CPDC, CCPE, CPE is an internationally renowned psychiatrist, consultant, certified coach, author and speaker.  Focused on Physician Health and Well-being since 1990, she is a pioneer in this field and is known as the “The Doctor’s Doctor”.   In the past 2 decades, she has expanded her work to include Physician Leadership Development to better address system-level factors that impact physician wellness.  She has created podcasts and videos on these topics, and authored articles, book chapters, and 2 international best-selling books. She brings this knowledge and expertise to PEAK MD, through which she delivers keynote presentations and workshops, consults to healthcare organizations and coaches senior physician leaders internationally.  She is the recipient of numerous prestigious awards for her innovative work to support her physician colleagues, and for her mentoring of women colleagues, and has been awarded Distinguished Fellowships in both the Canadian and American Psychiatric Associations.