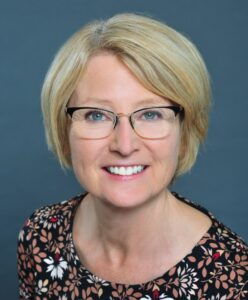 The Government Affairs Committee has been very busy over the last several months.  After a lot of intense work between the ORA and the OMA, we have been able to get the government to agree to allow for patient attestation with a list of their medications are order to access third vaccine doses rather than a form being required.  As well the government has issued an explicit list of which medications will be included so that we are now clear on who qualifies for a third dose amongst our patients.

The Government Affairs Committee has created an opportunity for its members and other committee chairs to learn about advocacy and the government, through courses with Ryan Clarke.  We anticipate that this four-part series will be very beneficial going forwards, allowing committee members greater impact in their roles.

We have another meeting with the Ministry of Health EAP department scheduled in October.  We plan to discuss medications for interstitial lung disease and connective tissue disease related fingertip ulceration, and biosimilars, particularly around the effectiveness of the newer patient support programs.  We are also going to discuss the coverage of colchicine and we are looking for an update on JAK inhibitor indications and restrictions.

As always, if you have questions related to issues that pertain to government or medications do not hesitate to contact us at admin@ontariorheum.ca

Other Articles in the Fall 2021 Newsletter